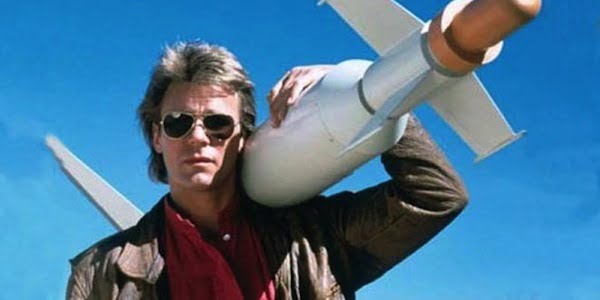 Imagine Macgyver escaping from a deadly sliding spiky gate, or a shady ninja trying to get out alive of Shogun’s palace, kidnapping the emperor´s daughter.Gladly for you and me, we don’t need any kind of Ninja fighting skills or the inventive genius of a character like MacGyver. All we need is a good marketing common sense and a good market trend analysis behind. But if you are in a hurry, you can make very good use of some growth hacking tactics like the “intentional mistake” hack.

Growth hacking has had a bad reputation in the past few years as it was associated with online cheating. A famous example of this was the AirBnb  hackused on Craigslist back in 2010. This hack was actually one that needed some complicated programming skills, but you don’t really need these skills to achieve good results.

I LOVE BLUE APPLES, THEY ARE SO GOOD.

When people see something that strikes their attention, they generally want to tell their friends about it. It’s common human behavior. So, how do we get our leads to share our stuff, even if they aren’t going to buy or use our services? This intentional mistake is nothing new and has been used by media companies for decades.

The question you need to ask yourself is: What would you do if you saw something that is a blatant mistake?

90% of people don’t take the time to share or comment on it, but the other 10% will feel the need to examine and comment on it. They are so smart that they can’t help but give their opinion. You can do a good use of their intelligence in your favor!

The “intention” of this “intended” mistake is to bring attention to your stuff. Whatever you are selling , or giving out to the world. It’s not about creating polemics, or showing off. Just note that you have to decide whether you will retract or not from your statement. I strongly recommend that you do. Making mistakes is not generally seen as a good thing by most people, and it can go wrong is if you don’t admit them, specially if you know they are mistakes!

After you admit it you will generally gain positive feedback and generate a positive emotion. and you do want to lift positive sensations from your audience right? Say you’re sorry or you will be perceived as a stubborn type, which will lead to a downfall in reputation.

How to make mistakes easily?

Just try to do general assumptions , they raise comments and opinions, but don’t go into sensitive cultural stuff or you will create uncontrollable turmoil.

If you tell animal enthusiasts that all dogs eat bones, or all cats eat tuna, you will certainly raise a waterfall of complaining opinions from them.

Apply that to your business with a general known to everybody jargon and you could hear yourself saying things like that “ all sales are good sales“. or that “all metrics are good metrics“, or that “PPC marketing gives  a 100% success rate”.  Share it on the main business social networks and see if it works. If you fear that people are really going to believe that you are making a real mistake, you better prepare an escape statement to let people know that you did it in purpose, to get their attention.

The easy way out of this would just be to say for example that after realizing your big mistake and correct accordingly your sales rose to 200%, but this would be a lie. If you have an ethical issue, you can just tell everyone that you made a blatant mistake in purpose to gain attention. Be prepared for a rainfall of smileys!

Where is this tactic best?

This tactic is meant more for inbound marketing campaigns but i can also work for outbound campaigns. For this you could try to add an erroneous statement as your subject line and see how it works for a test audience, but the the real power of this growth hack results from the sharing.

With an emailing campaign you can measure the success rate from the reply rate. Be ready to have a good template of forgiveness to explain your thing,

Last but not the “leats”

You can be the Ninja or the MacGiver or an average character like Mr. Bean, all of the three apply to this hack.

Don’t be afraid to make mistakes because big blatant mistakes are often a great way to gain attention. Always remember to be as original as possible. When you find the good recipe ,  you will see it reflected in your metrics.

Be ready to explain what actually happened to the readers because you don’t want to have any misunderstandings with them. Such an uncommon trick requires a dedicated writer who can manage the subtleties of this ninja technique.

Are you ready for the final showdown? We are! 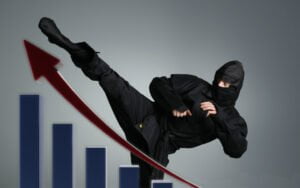 ➡️ Have you learned something new here? We also have content on YouTube created with love, so you can continue mastering your sales techniques.

Subscribe and turn on the little bell to learn and brush up on new lead generation strategies! 🔔

🔒 Your info are 100% secured and never will be shared. 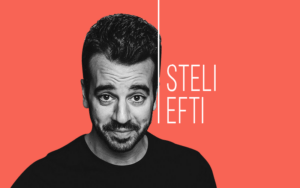 An interview with the CEO of Close.io | Steli Efti 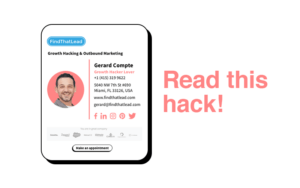 Why is the subject line of a business email important? 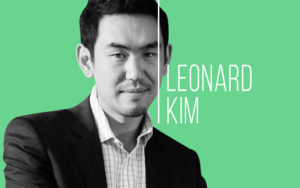 🔒 Your info are 100% secured and never will be shared.

⚠️ You just received a confirmation email. To keep receiving our content, we need you to check it (it may have slipped into SPAM; if so, take it to your inbox).

I'm going to check my inbox!

FindThatLead is one of the best options to generate leads and selling more. Would you like to check it out?